Bitcoin: A good investment? Currency of the future? Or just a flash in the pan?

Bitcoin and other cryptocurrencies are growing as people jump on the bandwagon in New Zealand and elsewhere. But are they a good investment? What are the Bitcoin risks? Could they become part of our everyday currency? And what about Bitcoin tax in New Zealand? Canterbury Legal director Clive Cousins explores the implications.

Last Friday David Ballantyne and I attended the Reserve Bank lunch hosted by the Canterbury Employers’ Chamber of Commerce, where we received an off-the-record briefing from Acting Reserve Bank Governor Grant Spencer on the state of our economy, pinpointing developments affecting the financial system.

Much of the address focused on more of the same for the economy, with the Government‘s housing policy still taking a lot longer to implement and unlikely to impact in the current year.

But it was a question on cryptocurrencies that caught my interest, followed by a direct assurance that there were no plans in the short term to regulate them because of their limited effect on our financial stability.

It seems that from the Bank’s perspective, Bitcoin is far too small a player in the New Zealand economy to warrant consideration—let alone regulation—despite all the hype and media attention it receives.

Yet in December 2017, Bitcoin’s worldwide value was more than $5 billion greater than our GDP, after just 9 years of life.

There’s something more to Bitcoin. But does it have a future in our economy? And is it worth your attention? 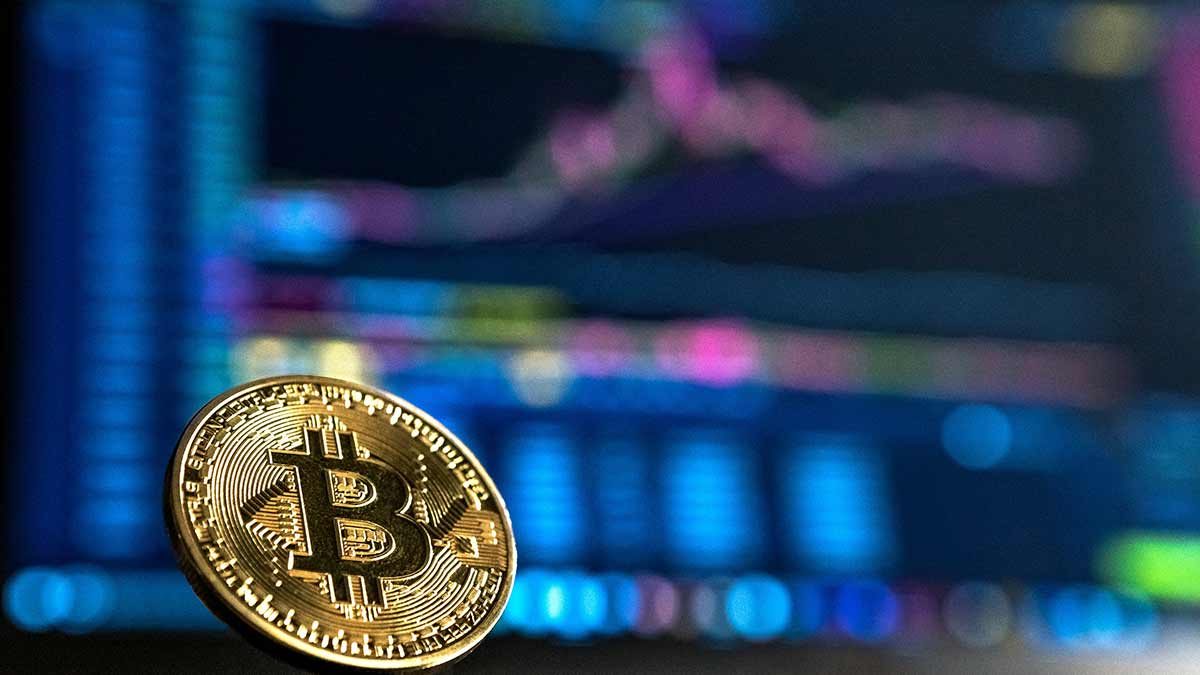 If you’re up to speed and understand the basics of Bitcoin feel free to skip this section. For people like me who are coming late to Bitcoin, here is a rundown.

So governments and banks may have some reservations about Bitcoin and other cryptocurrencies. They can’t regulate it, discover who has Bitcoin, or directly influence its value.

Bitcoin is a virtual currency

Bitcoin is a type of cryptocurrency–a virtual currency. It has no physical form—it just sits as an entry in a digital ledger. But then, that’s also the case with most currency a bank holds. Only a small amount is actually kept in paper and coins.

The bigger difference between Bitcoin and traditional currency is the nature of that digital ledger. Traditional banks and central banks keep a centralised record of who has what amount of money. They also have influence over how much that money is worth, and how much of the currency is available.

All transactions since Bitcoin began in 2009 are stored in a constantly updated distributed electronic ledger called a blockchain, which is shared across computers of Bitcoin users around the world.

Each of those computers has a copy of the blockchain (the list of transactions). And existing blocks can only be changed if a majority of computers in the blockchain agree—so in practice, it’s impossible to tamper with the records.

There’s also a maximum possible total number of Bitcoins: 21 million. These slowly become available to Bitcoin users by a “mining” process. Every 10 minutes, Bitcoin groups pending transactions together into a new block, which becomes a mathematical puzzle. All computers on the chain start trying to solve the puzzle. The first one to succeed receives a Bitcoin reward, after a majority of computers confirm that the answer and the transactions are valid—and after a number of other blocks have been added to the chain, further confirming the validity of the transactions.

Bitcoin trading risks – is Bitcoin a good investment, or even an investment at all?

Spencer dismissed the risk of cryptocurrencies to New Zealand’s financial stability, saying Bitcoin and other cryptocurrencies are just “a bit of a sideshow.” Something akin to a punt at the races, or a trip to the casino.

That’s a popular view. A lot of detractors regard it as a speculative mania, similar to the Dutch Tulip Bubble of the 16th and 17th centuries. The newly-introduced and fashionable tulip was in heavy demand, driving prices up, before they dropped dramatically. In the same way, Bitcoin is now in demand, but the demand may not last.

A plausible risk. However, to date Bitcoin has so far proved to be a reasonable gamble. Prices fluctuate, but have generally trended up.

But is it even an investment? You can't derive income from Bitcoin, unlike shares, deposit interest accounts, or property. Benefits only come from the value of Bitcoin itself increasing. And detractors have applied the “greater fool theory” to that. The “fool” acquires Bitcoin at foolishly expensive prices, with the hope that a greater fool will come along to buy them for even more.

There can’t be a guarantee that will happen, of course. However, the finite supply of Bitcoin does support a belief its value will continue to increase. There can only ever be 21 million Bitcoin, but the number of people interested in it—and its utility as a currency—can go up.

Its weaknesses follow as the flipside of that. Any increase in the supply or a sudden dumping of a significant number of Bitcoin, or a decrease in its perceived utility, would set the value tumbling.

What part could Bitcoin play as a currency in our economy?

Spencer’s remarks aren’t the Reserve Bank’s only comment on the matter. In a 44-page report released late last year, the Bank said crypto-currencies are “experimental in nature”, and there are “material risks” using them—in particular, their volatility.

But the Bank may still adopt aspects of the technology in the future. The report states “work is currently under-way to assess the future demand for New Zealand fiat currency and to consider whether it would be feasible for the Reserve Bank to replace the physical currency that currently circulates with a digital alternative”.

The Bank concludes that even with the increasing use of cryptocurrencies “national currencies are likely to remain an important payment mechanism”, given that most jurisdictions require you pay tax in domestic fiat currency, and it’s difficult to use cryptocurrencies for credit.

Bitcoin and tax – how does IRD tax Bitcoin?

Tax and cryptocurrency is a little unclear in New Zealand, but Inland Revenue is starting to make that clearer by developing guidelines for the taxation of profits obtained in trading cryptocurrencies.  Ahead of this, they’ve advised that people could regard Bitcoin as like gold bullion for the purposes of taxation.

Per an IRD paper, proceeds from the disposal of gold, as with other personal property, would be taxed if it had been purchased “for the dominant purpose of disposal”. So if you were acquiring Bitcoin not to spend, but to make a profit by selling, you’d need to pay tax on your profits.

But you would also be able to deduct any expenses, such as the acquisition cost and expenditure related to the purchase such as foreign exchange charges.

It’s likely that losses would also be deductible. Per that same paper, “[j]ust as an increase in value will mean that the profits are taxed, if the gold has decreased in value, and is sold for less than it cost, that would result in a deductible loss”.

So is Bitcoin and cryptocurrency worth it?

There’s no right or wrong answer here. As with any possible investment, it’s up to you to weigh the possible risks and benefits. Certainly, people have made tidy profits from Bitcoin—particularly early adopters. But it remains extremely volatile, and its utility as a currency is still fairly low, as not many places will accept it in exchange for goods and services.

But it sounds like apart from IRD’s upcoming guidelines, there’ll be little further regulation on cryptocurrencies in New Zealand in the near future. That’s good and bad for the potential investor: good because it won’t impact on any profits; bad because it won’t result in any new protections.

It’s also unlikely cryptocurrency will become a dominant form of currency any time soon. People have made plenty of bad predictions about technology like that in the past—phones, computers, television. But as the Reserve Bank report shows, there are still some very real limitations on cryptocurrency. Until those are overcome, it won’t be feasible as a primary form of currency.

So we’d close as the Bank does: caveat emptor—buyer beware.

As Bitcoin and other cryptocurrencies are growing people jump on the bandwagon in New Zealand and elsewhere. But are they a good investment? What are the Bitcoin risks? Could they become part of our everyday currency? And what about Bitcoin tax in New Zealand?